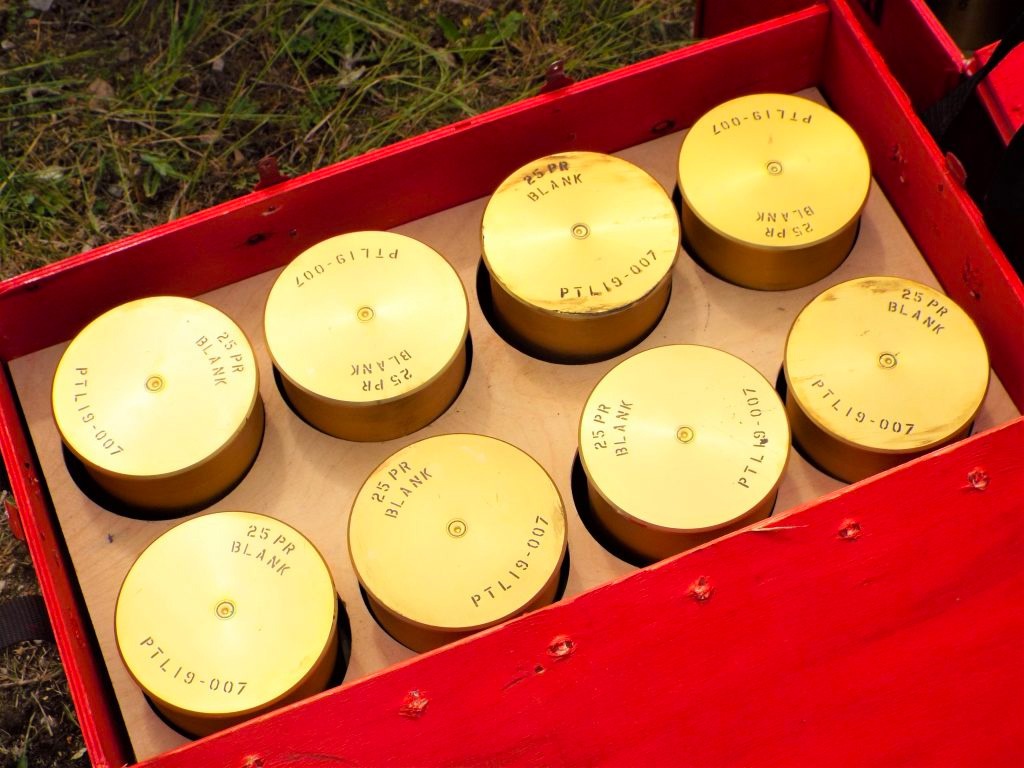 Primetake’s Ceremonial Saluting Cartridges, fired from 13-pounder field guns, were used by the Ministry of Defence to help greet the US President during this week’s official UK visit.

The cartridges are produced for a variety of artillery guns and cannons from 5Pdr to 25Pdr, 75mm to 105mm.

Our ceremonial saluting cartridges are hand-built to ISO 9001 quality standards for safety and reliability.

Primetake’s market-leading Ceremonial Saluting Cartridges are well-proven and relied upon by several major European, African, Middle Eastern and Far Eastern militaries, and have been used at a number of ceremonial events.

Please email Sales@primetake.com for further information and to suggest any further developments

Back with a bang! New product demo videos of Primetake’s Stun Grenades

During the recent delivery of Primetake products into South East Asia, Ade Newberry from AN Precision Ltd not […]

Drone technology is a growing concern as the drone industry continues to expand at an unprecedented rate. From […]